What do craft beer and real estate have in common?

Just over a year ago, I had a single conversation (over a couple of beers) that altered my seemingly predictable future. Who would have guessed that today I would be passing out business cards for Indy’s newest craft brewery, Tow Yard Brewing? ...

Read More
Posted by Kristie Smith on March 20, 2014 in Entrepreneurship 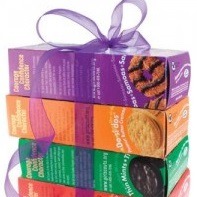 It’s one of my favorite times of the year–Girl Scout cookie season! Just the other day, I caught the local morning news highlighting the kickoff of the 2012 Girl Scout cookie program. Two hours later… ding-dong at my door. WOW! ...

Read More
Posted by Kristie Smith on January 15, 2012 in Entrepreneurship