A guide to Indianapolis top employers 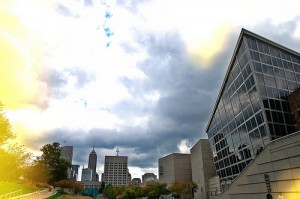 As relocation director at Keller Williams Realty, I am often called upon to provide tours of Indianapolis for different corporations’ executive job candidates. One question I’m asked time and again by these candidates is “If I move here, what career opportunities are there for my spouse?” They’re often surprised at the variety of employers that we have here in Indy, including in the life sciences sector, so here’s a quick run-down of some of Indianapolis’ prominent employers.

Dow AgroSciences—Dow AgroSciences, based in northwest Indianapolis, is a wholly owned subsidiary of The Dow Chemical Company and is focused on boosting agricultural productivity around the world. Career paths include research and development, sales and marketing, finance, human resources, law, and operations. Learn about careers at Dow AgroSciences.

Eli Lilly and Company—Lilly arguably is Indianapolis’ most well known corporate headquarters and is highly visible in the city through support of the arts, education and other endeavors. Of course, career opportunities with the global pharmaceutical company center on science and medicine, but great career paths in marketing, engineering, sales, human resources and public policy are to be had.  With more than $21.8 billion in sales in 2011, Lilly employs 37,000 people globally, with more than 10,000 employees in the Indianapolis area. Learn more about careers at Lilly.

Rolls-Royce—Calling engineers! Did you know that Rolls-Royce, the major jet engine manufacturer, has a facility in Indianapolis? With more than 4,000 employees, it’s the largest Rolls-Royce operation outside of the UK. Employees here design, develop and manufacture products for the civil and defense aerospace markets, including engines for corporate and regional aircraft, and helicopter and defense products. Learn more about careers at Rolls-Royce.

Anthem, Inc.—Listed among the Fortune 100, Anthem is a major player in health insurance and headquartered in downtown Indianapolis. Career paths include actuarial, IT, business development, marketing and communications, finance and underwriting. Learn more about careers at Anthem.

I love anything that makes moving easier, because let’s face it, moving is one of the most tedious, expensive, stressful and most dreaded ...Read More

Like any city, Indianapolis has its own vernacular. We’ve compiled this glossary to help demystify this jargon for Indy newbies. Study and ...Read More

Relocating with Eli Lilly? We can help!

If you’re an Eli Lilly and Company new-hire or are thinking about taking a job with Lilly, the Indy Homes Team offers a full menu of ...Read More