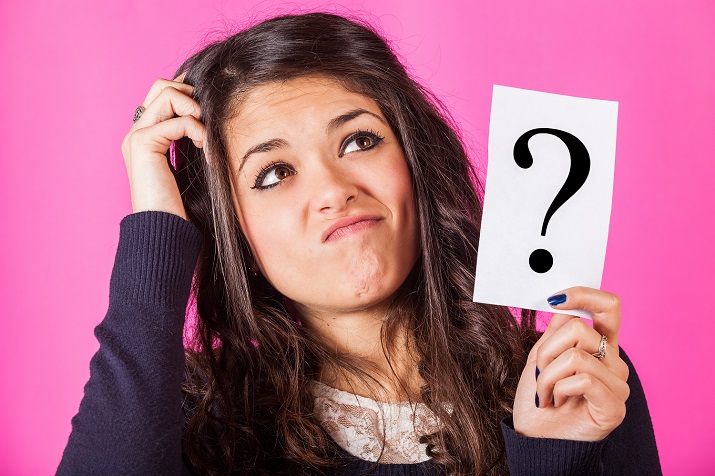 Like any city, Indianapolis has its own vernacular. We’ve compiled this glossary to help demystify this jargon for Indy newbies. Study and practice—in no time, you’ll sound like a local!

Carb Day—No, this isn’t an Indy holiday in which you stuff yourself with pasta, bread and cake. Formally known as “Carburetion Day,” Carb Day is the final practice session before the running of the Indianapolis 500, currently held on the Friday before race day.

Castleton—Refers to Castleton Square Mall on the northeast side of Indy, as well as the area around the mall.

The Circle—Refers to Downtown Indianapolis’ Monument Circle, the home of the iconic Soldiers and Sailors Monument.

Crossroads of America—Official motto of the state of Indiana. Also serves as an unofficial nickname for Indianapolis due to the fact that four major interstate highways (I-69, I-70, I-65 and I-74) pass through the city.

Eiteljorg—The Eiteljorg Museum of American Indians and Western Art. The museum’s mission is to inspire an appreciation and understanding of the art, history and cultures of the American West and the indigenous peoples of North America. In fact, its contemporary Native art collection has been ranked among the world’s best.

The Fieldhouse—Bankers Life Fieldhouse, home of the Indiana Pacers. You might also hear it referred to as “Conseco” or “Conseco Fieldhouse,” its former name. Not to be confused with Hinkle Fieldhouse, Butler University’s revered sports venue.

Fort Ben—Shorthand for Fort Benjamin Harrison. Although the fort was decommissioned in 1995, it still serves as the center of Lawrence Township, with much of it having been converted into a master-planned housing community and 1,400-acre state park.

Hoosier Dome—Also known as the RCA Dome, the Hoosier Dome was home to the Indianapolis Colts for 24 seasons. The dome was demolished in 2008 to make way for an expansion of the neighboring Indiana Convention Center.

Hoosier Hysteria—We Hoosiers LOVE our basketball! And Hoosier Hysteria is the only fitting term for that heightened frenzy we feel for the sport we follow so closely, whether it’s at the high school, college or professional level.

Hoosiers—A native or inhabitant of Indiana. (DO NOT use “Indianan.” Just no.) The origins of the word “Hoosier” are disputed, but there are many stories, both scholarly and not so much. In any case, we Hoosiers embrace the moniker.

IMA—Indianapolis Museum of Art. Recently rebranded “Newfields,” as the institution increases its emphasis on combining art with nature.

IU vs. Purdue—Indiana University and Purdue University are the two big state schools in Indiana, and share a classic rivalry that extends beyond basketball (see Hoosier Hysteria) and football—although that competition is intense. IU and Purdue grads will argue about anything; e.g., Who has the better campus? Whose graduates are smarter? You get the idea.

Keystone at the Crossing—An upscale business and shopping district located on the northside of Indianapolis at the intersection of East 86th Street and North Keystone Avenue. Although the mall located here is officially named “The Fashion Mall at Keystone,” you may hear locals use “Keystone at the Crossing” or simply “Keystone” when referring to it.

The lake—You’ll find that Indiana has scores of lakes, and many of your neighbors may own cottages or second homes at a nearby lake. When Hoosiers refer to a lake they tend to be less than specific, so you’ll hear sentences like, "I'm heading to the lake this weekend."  The speaker could be referring to ANY lake, whether it’s Lake Michigan, Lake Monroe or Little Cedar Lake.

Lilly—Not a reference to the flower; rather, "Lilly" refers to Eli Lilly & Co., the pharma giant headquartered in downtown Indianapolis.

Long's—As the newbie, you might be asked to pick up some Long's for the office. (Huh?) Your boss is referring to the insanely delicious melt-in-your-mouth doughnuts created daily at Long's Bakery (located west of downtown off 16th St.). Be prepared for long lines, and remember, cash only! (Seriously, if you want to be the office hero, bring in some Long's!)

Market Square Arena—The now demolished downtown concert and sports arena was formerly home to the Indiana Pacers and is known as the venue in which Elvis Presley held his last concert.

MassAve—Shorthand for Massachusetts Avenue in downtown Indianapolis, and one of Indy's cultural districts. Its downtown location and proximity to dozens of restaurants, shops and galleries makes it a popular place to live. Learn more about MassAve >>

The Mini—Reference to the Mini Marathon, an annual half-marathon held in May. One of the premier events leading up the Indianapolis 500, it includes a lap around the Indianapolis Motor Speedway.

The Monon—Shorthand for the Monon Trail, Indy's popular rail trail that stretches from Downtown Indy to Westfield, a northern suburb.

Naptown—A nickname for Indianapolis. Its origins are unclear, but we like the story that jazz musicians hanging out along Indiana Avenue during the ’20 and ‘30s appropriated the fourth and most prominent syllable of IndiaNAPolis and came up with the informal, hip nickname. We wrote about this in our blog a few years ago.

north/south split—Turning north, the next section of I-70 along the east side of downtown Indianapolis travels concurrent with I-65. The two major interchanges at either end of this concurrency are often referred to as the "North Split" and the "South Split", forming the eastern leg of a section of freeways and surface streets locally known as the "Inner Loop" (around the central business district of Indy, and as opposed to the "Outer Loop" of the I-465 beltway).

Peyton—As in Peyton Manning, former Indianapolis Colts quarterback. Even though he retired in 2016 and was with the Denver Broncos at the time, he's still revered in Indy and as such, is referred to by first name only.

The Pyramids—Three pyramid-shaped office buildings on the northwest side of Indianapolis. You’ll know ‘em when you see ‘em!

The race—Yes, this is a reference to that race—the Indianapolis 500. “So, are you  going to the race this weekend?”

Reggie—Reggie Miller of course, one of the most popular players with the Indiana Pacers. Widely considered the greatest Pacer of all time.

Riley or Riley's—Riley Hospital for Children.

The Ripple—Nickname for Broad Ripple, Indy's eclectic neighborhood northeast of downtown. Known for its bars, restaurants, and cute homes, as well as for being the location of David Letterman's childhood home. Learn more about Broad Ripple >>

SoBro—Not an official designation, but the name has caught on in recent years. South Broad Ripple’s borders are roughly Kessler to the north and 46th Street to the south, with College to the west and Keystone to the east. (Technically, a portion of SoBro falls within the Meridian-Kessler neighborhood.) Learn more about Broad Ripple and Meridian-Kessler >>

spaghetti bowl—The north split is also called the "spaghetti bowl" due to the visual complexity of the overlapping freeways, ghost ramps, and overpasses that were originally intended as a connection to a never-built portion of I-69. See north/south split.

The track—The track, i.e. the Indianapolis Motor Speedway, is where the race is run. “We’re heading out to the track for Carb Day.”

Unigov—The term coined for the entity formed when the governments of Indianapolis and Marion County consolidated in 1970.

The Village—Depending on the context, refers to Broad Ripple Village or Zionsville's downtown.

Zville—Nickname for Zionsville, an affluent suburb northwest of Indianapolis. Learn more about Zionsville >>

What terms puzzled you when you moved to Indianapolis? What do we need to add to this list? Tell us in the comments below!

I love anything that makes moving easier, because let’s face it, moving is one of the most tedious, expensive, stressful and most dreaded ...Read More

Relocating with Eli Lilly? We can help!

If you’re an Eli Lilly and Company new-hire or are thinking about taking a job with Lilly, the Indy Homes Team offers a full menu of ...Read More

Congrats; you’re moving! And, since you are a grown-up making your next move, you can’t just borrow your friend’s pickup truck for ...Read More