Indianapolis appears to have it all. It boasts affordability; actually it is the most affordable of the top 50 US cities. It allows you to experience all four seasons. The downtown is clean, safe and full of excitement. However, there's one ...

Read More
Posted by Pete Gilbert on February 22, 2016 in Indianapolis

Congrats; you’re moving! And, since you are a grown-up making your next move, you can’t just borrow your friend’s pickup truck for your bed and dresser, throw the rest of your stuff in the trunk of your car and be done. Chances ...

Read More
Posted by Kristie Smith on July 22, 2015 in Relocation 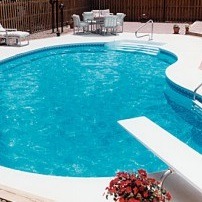 How to be a responsible swimming pool owner

You’re excited, the new house you bought has a pool. Congrats! I’m certain your pool will provide you with endless summertime memories, but with those memories comes responsibility. The first responsibly of a pool owner is having some ...

Have you ever put a house up for sale before? Holy schinkes, I see why people don’t do it very often. Earlier this year, my wife and I decided we were going to move. We’d only been here a couple of years, but found a house we really ...

Read More
Posted by Pete Gilbert on July 1, 2015 in Selling a home

Six ways to make Indianapolis moving easier for your kids

Read More
Posted by Pete Gilbert on May 13, 2015 in Relocation