Like any city, Indianapolis has its own vernacular. We’ve compiled this glossary to help demystify this jargon for Indy newbies. Study and practice—in no time, you’ll sound like a local! Boilermakers—The nickname for Purdue ...

Read More
Posted by Kristie Smith on March 13, 2018 in Relocation 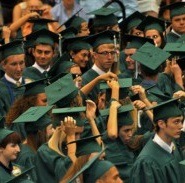